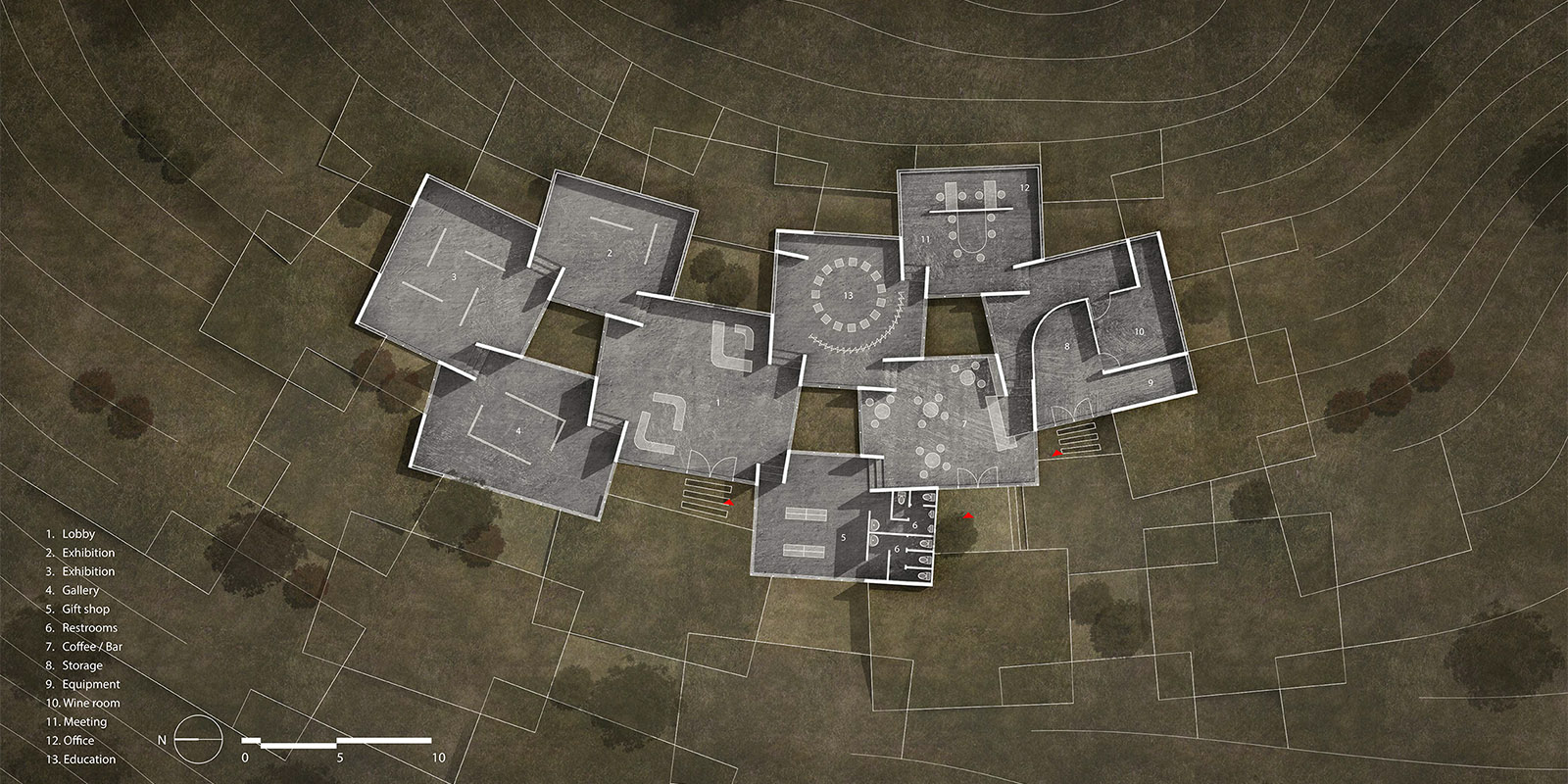 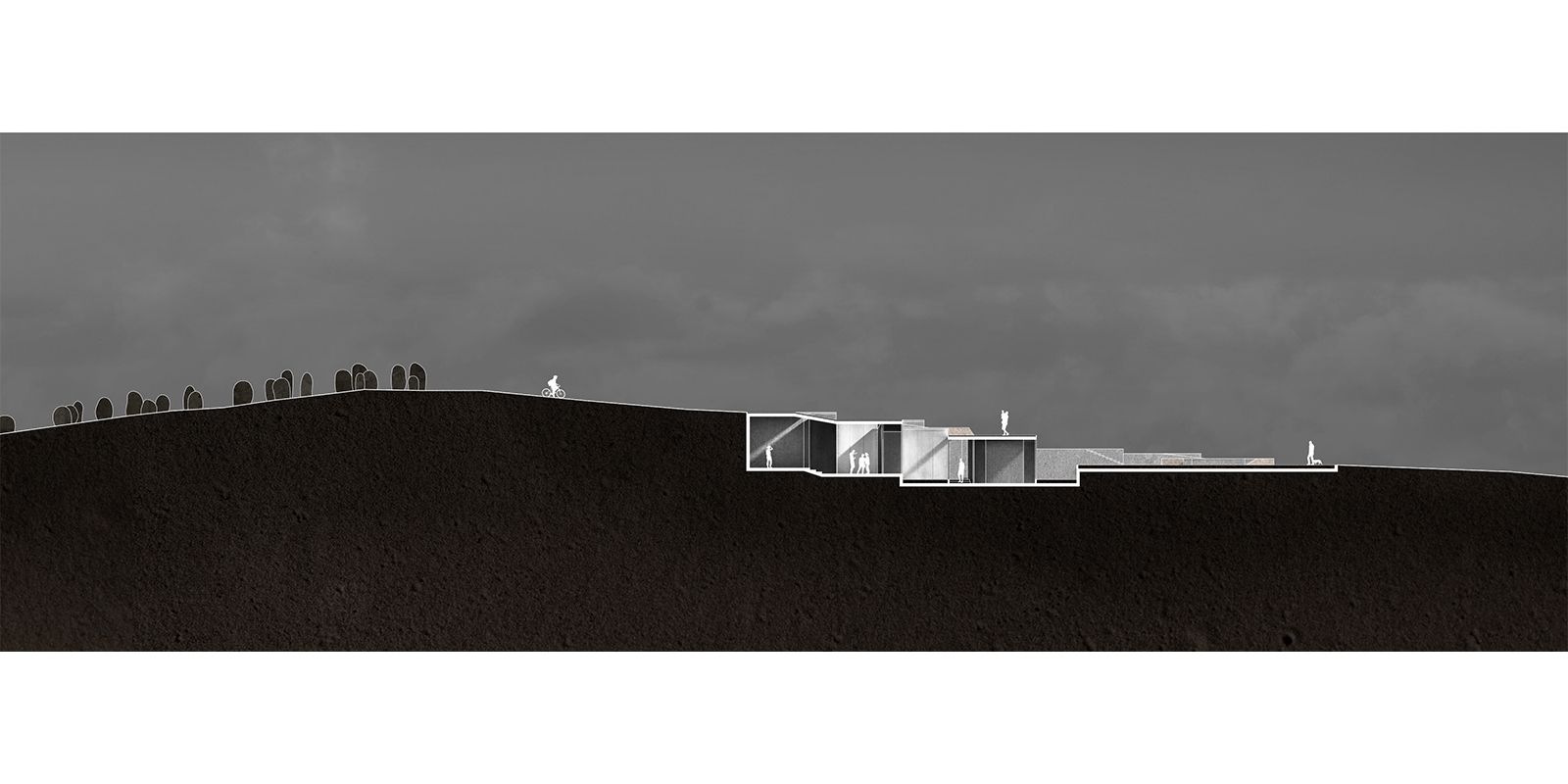 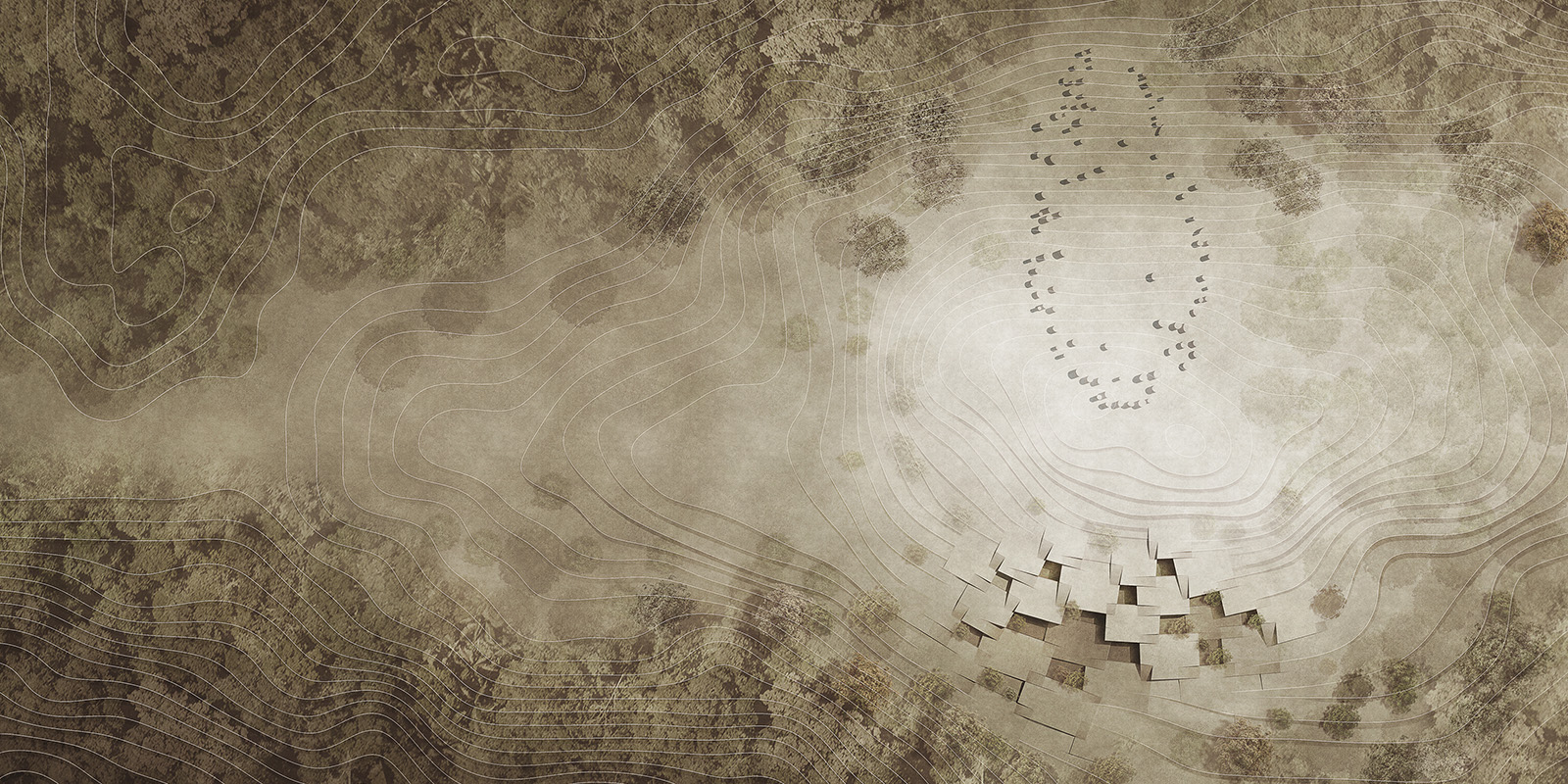 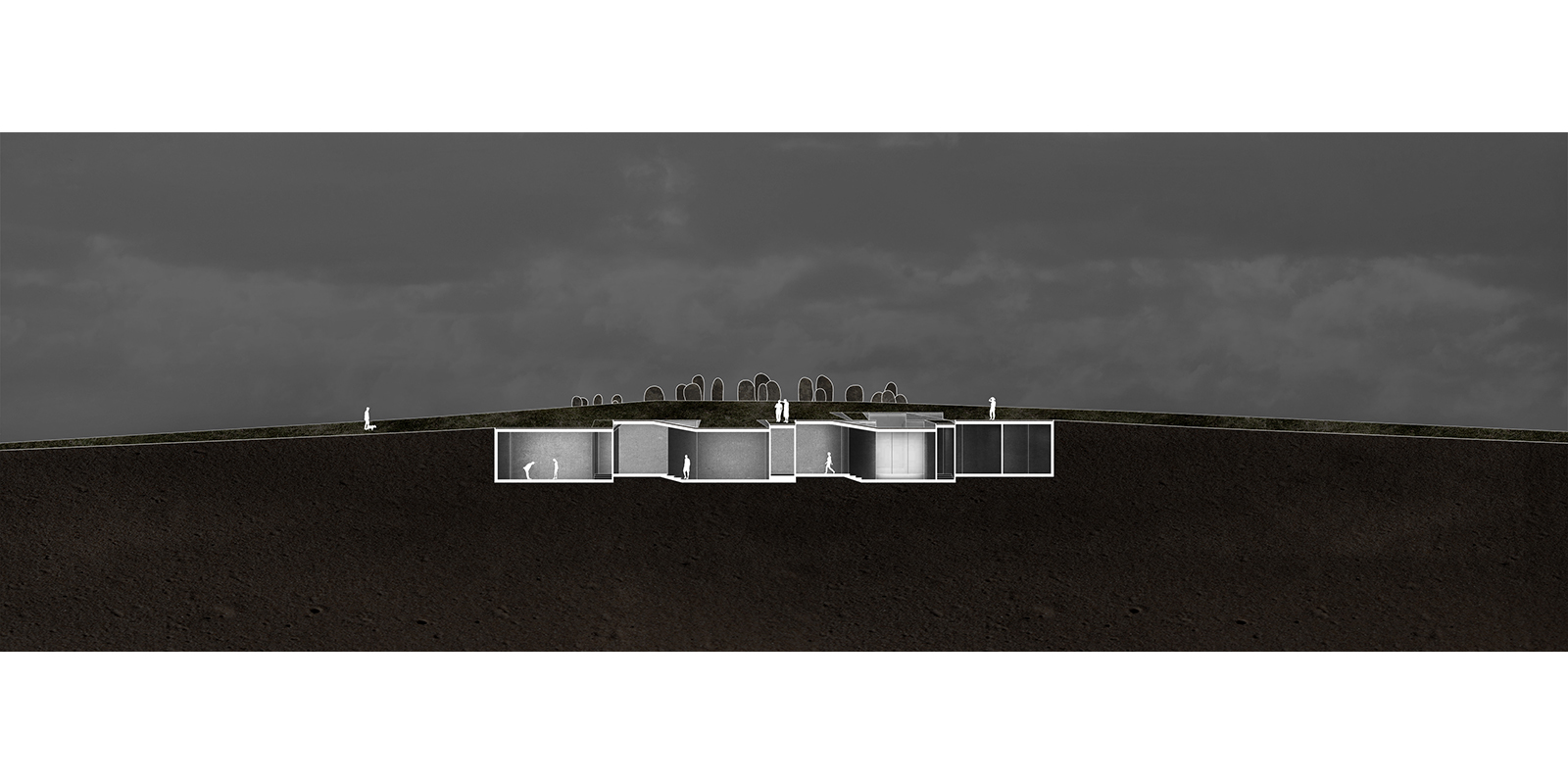 Stonehenge
Stonehenge was not only a space for prehistoric astronomical observation and religious rites,
it also has much unknown area that was shrouded with mystery.
People try to understand this primitive and natural voice, which is this the architecture trying to capture.

The order of nature
How this space could present a perceptive order of nature,
making people look back the past, thinking of the relationship between man and nature?
We want to create a well-distributed and diverse spaces which can echo the feeling Stonehenge itself owns.
The concept is thus based on three groups of key words:
“disappearance & openness”, “Connected & independent”, “whole & part”.

Disappearance & openness
The architecture and the natural remains face each other across the plains.
The architecture is not singular as we tried to be modest. It hides itself not competing
with Stonehenge. As a result it is open to the natural surroundings at the greatest degree
We just see a space which is hardly recognized by the slight undulation.
The Landscape Architecture eliminates the margin boundary so that visitors could enter the
way with varied ways and enjoy a process of exploration and discovery.

Connected & independent
Through a set of overlapping texture prototype, the functional spaces are connected
with each other while they are relatively independent.
Indoor spaces and outdoor spaces are interwoven throughout the whole site,
visitors could perceive the space when walking through, rather than see the whole space directly.
The richful distance of the space blurs the building and environment and the boundary of the space.
The courtyard creates an ambiguous space while leading more natural lights into the earth of building.
Light as a guider of the space let the visitors walk in the light and shade,
forgetting the boundaries of space function and moving freely.
Stonehenge materially stands on the earth, and the courtyard as containers of spiritual
sink into the surface of the land.

Whole & part
The different function rooms such as classroom, bars, conference room,
exhibition hall and art gallery, we hope to slightly weaken their functions so that the architecture
reflects the character of integrity, an independent and continuous unified space.
So, let the architecture become the sentences of a poem, when visitors freely walk in,
they could continuously perceive the order of nature.