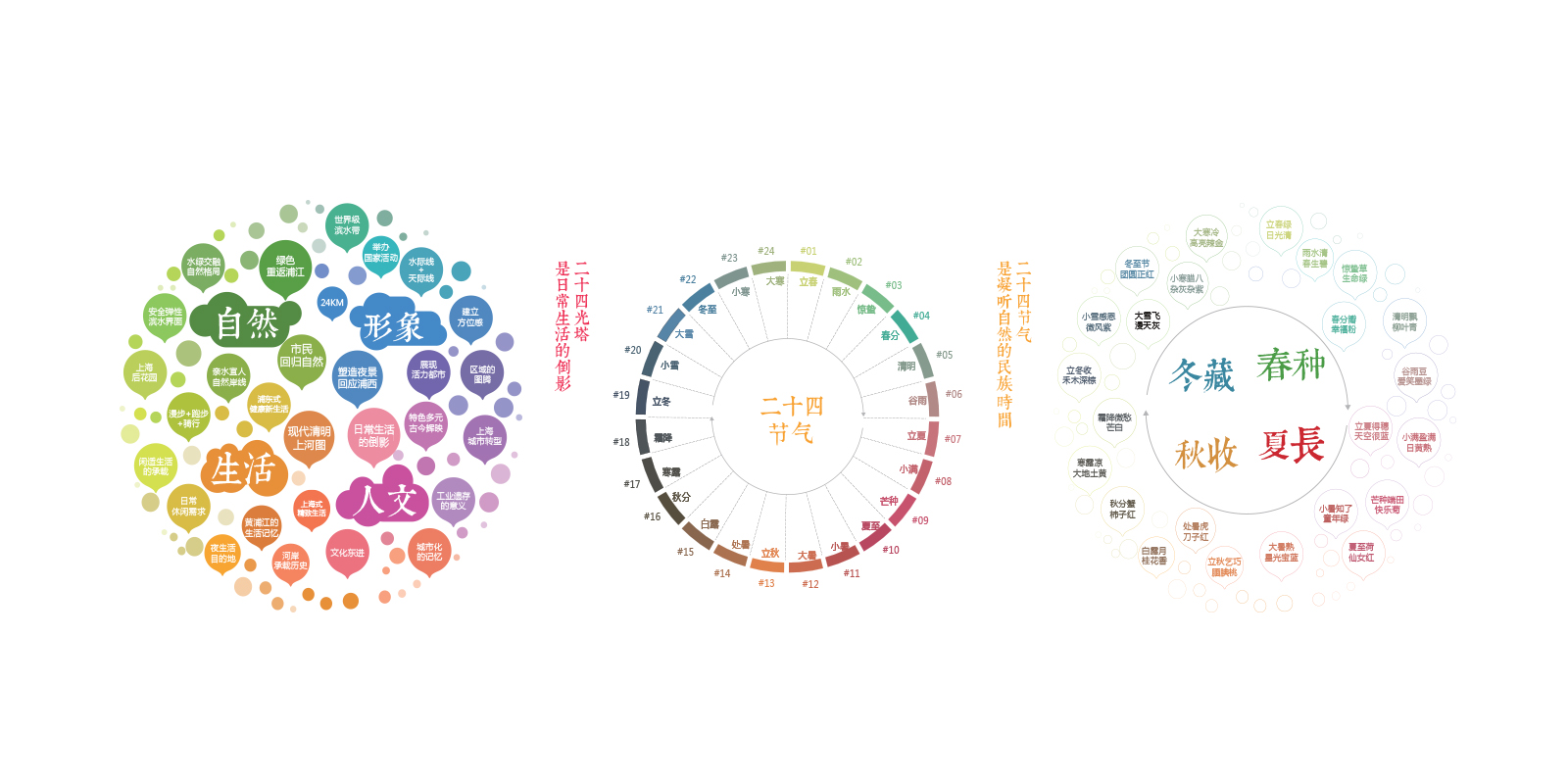 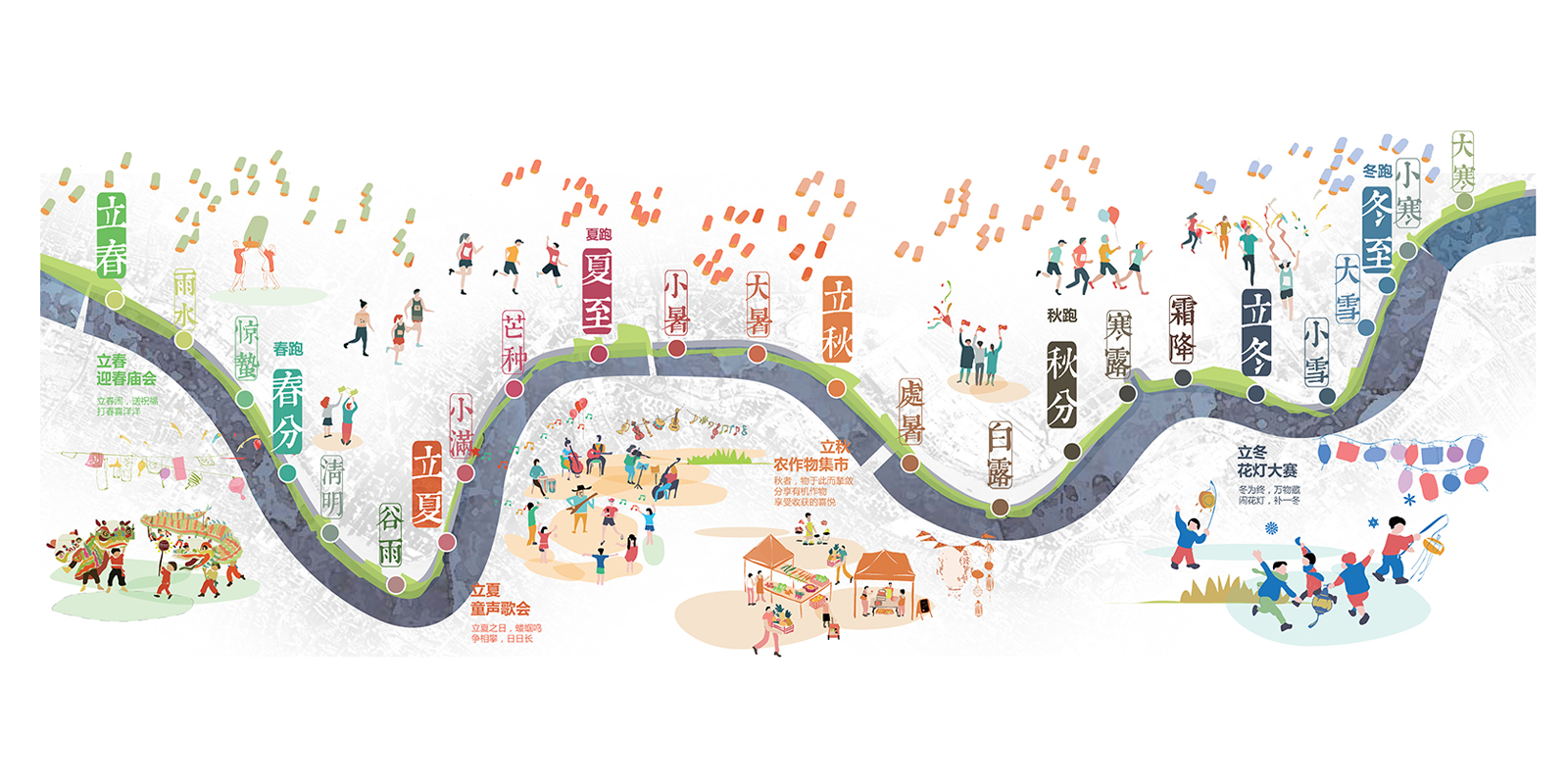 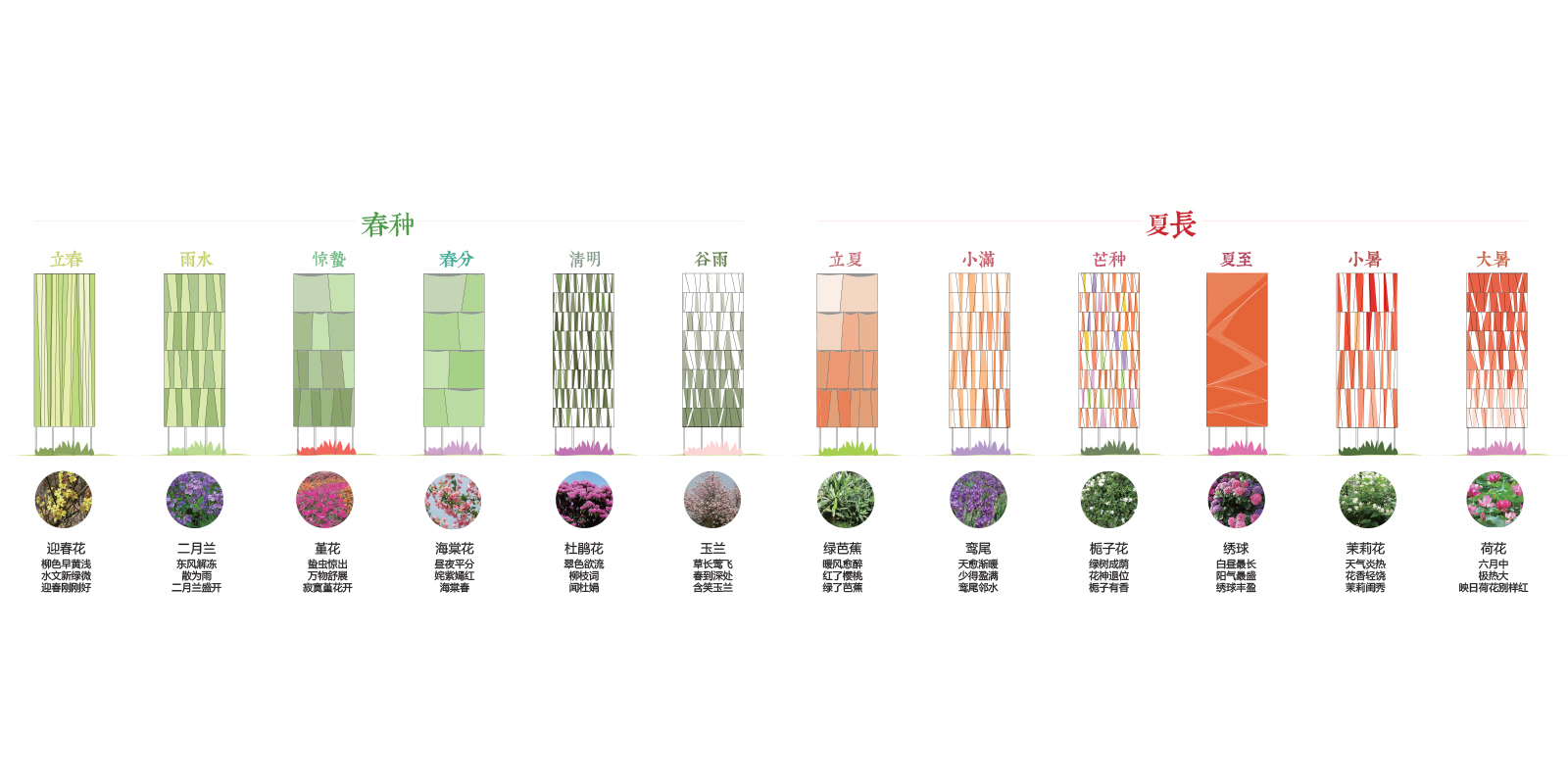 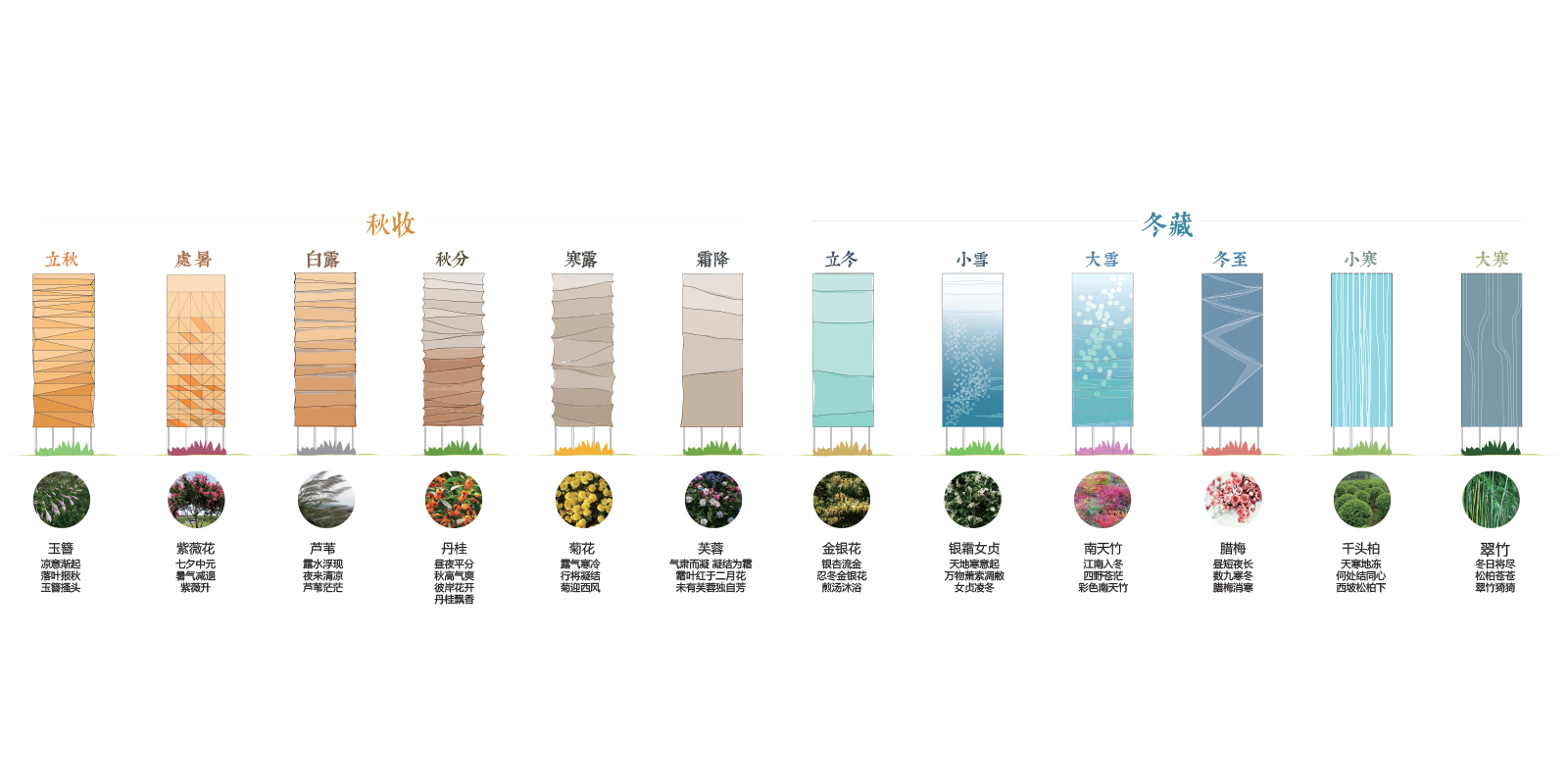 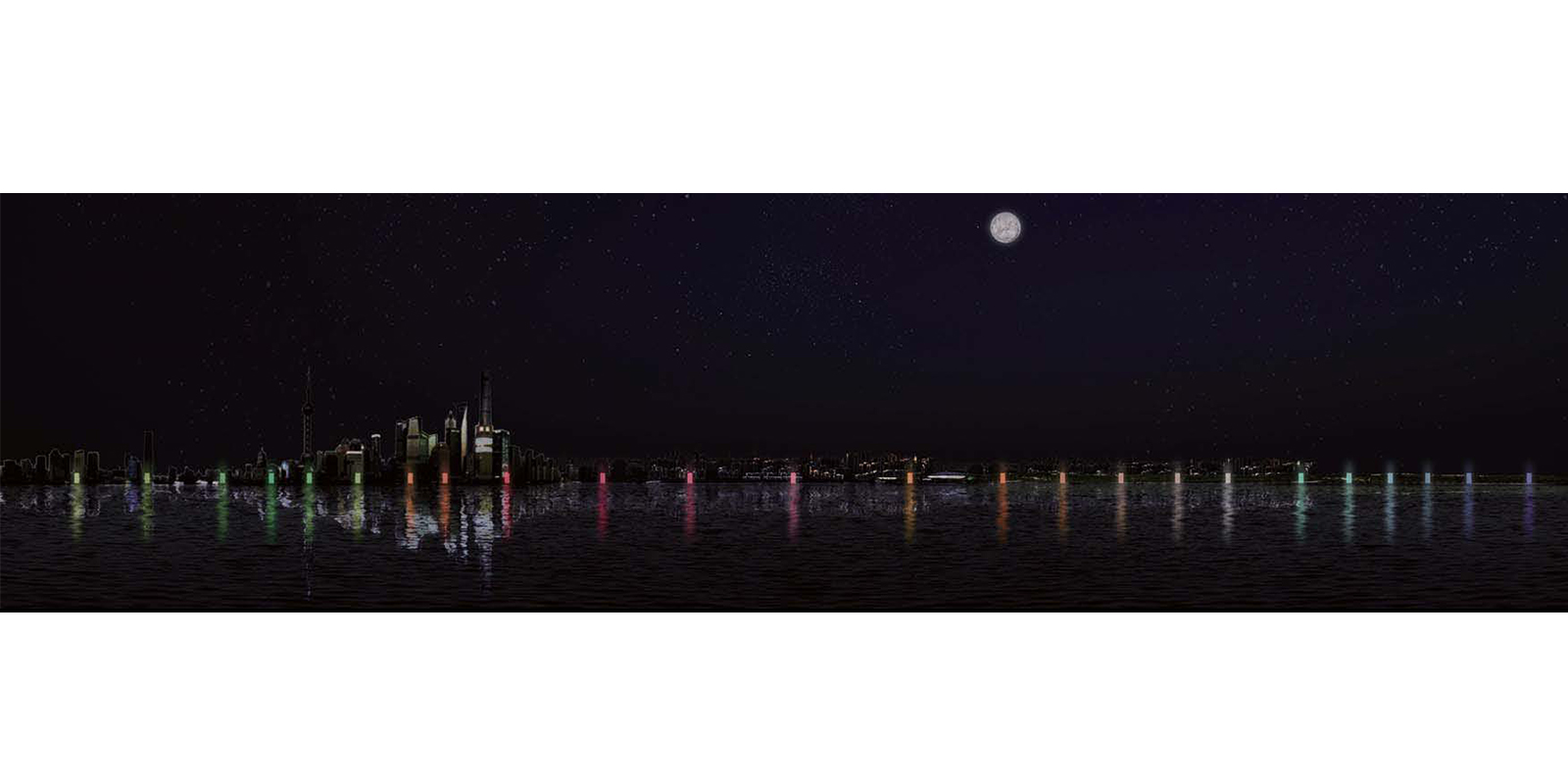 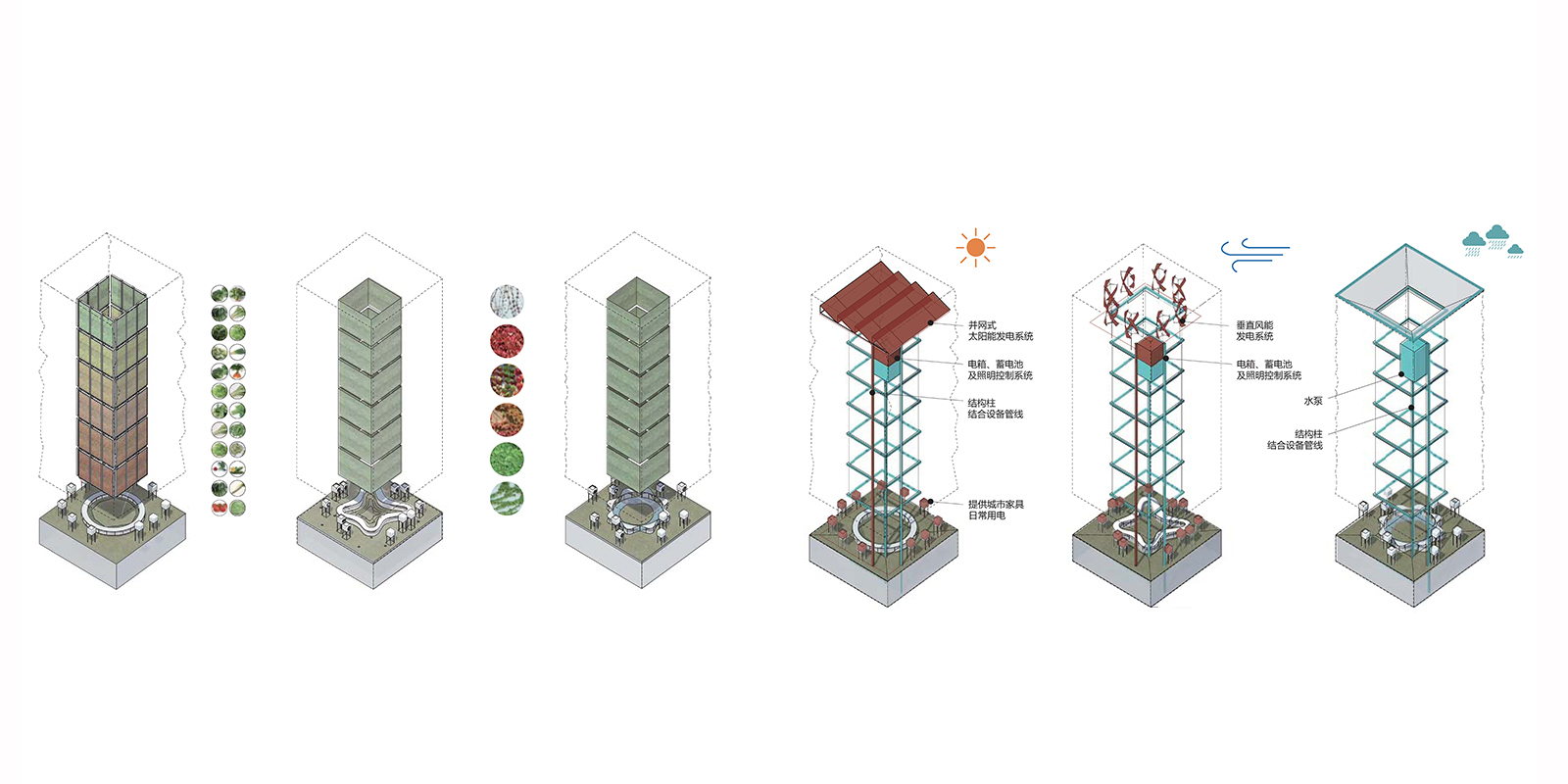 Light Towers along the East Bund
The Planning explore what kind of public space is needed in order to
carry the life of Shanghai.
There will be no other well-known urban waterfront replica,
because the international Shanghai cannot afford to lose love for
a bowl of plain noodle soup.

For riverside, Pudong, Huangpu and Shanghai, it is self-evident that
such a core site has high expectations for the light towers,
summed up as the four aspects of appeal of
“nature”, “life”, “image” and “humanities”.
In these appeals, there is a common theme: the daily nature of light towers.

A proposition from Shanghai World Expo to the present —
how can a city make a better life?

We hope that our light tower proposal is not just a song of first class cities,
which can help us recall the tradition,
listen to nature and illuminate the present daily life at last.

The Twenty-Four Solar Terms
The twenty-four solar terms originated from the daily observation of nature by the ancients.

The twenty-four solar terms are Chinese understanding of the natural order.

Folk activities are organized in the corresponding solar terms,
and tradition and present are here to reflect each other.

Tower of Solar Terms
During the day, the lighttowers are partly hidden and partly visible in the environment,becoming the metronome through the east bank and the licensing guidelines of city life.

At night, the light towers light themselves and give citizens a sense of location and a place to stay.
The lamp array at the top and other beacon echo each other, becoming beautiful city scenery,
performing an ode to this great city with the language of light.

Design Elements
Solar Terms Garden + Natural Court + Interactive Epiderm
The 24 light towers should become a unified landscape and have their own characteristics.
The design uses three unifying elements: gardens,
the air courts and external facades, but each tower is defined by the corresponding solar terms,
making the light towers not only a distant view of the city’s decoration,
but a city garden where can stay and experience.

“Ecological Tower”, “Green Tower” And “Interactive Tower”
We hope that the light towers will not only meet the complex functions of the city,
but also hope that it will provide the best possible environment for the citizens.
The overhead floor does not block the sight of pedestrians and the air courtand
the garden use the sun, the air and the rain.
The light towers are not just the structure of the direction, but the gracious city hall.